What are we voting on?

The government are asking Australians to vote on the issue of same-sex marriage via a postal survey.  The postal survey will ask a single question and that question can only be answered with a ‘Yes’ or a ‘No’. The question that will be posed in the survey is: Should the law be changed to allow same-sex couples to marry?

So how does the postal survey differ from the plebiscite?

It doesn’t really. The postal survey is essentially a plebiscite, except it is voluntary and happens via post, rather than in person at a polling booth. Like a plebiscite, the results are non-binding and the Government is not legally required to enact the result.

So if YES wins, same-sex marriage may still not become legal?

Unfortunately, a bill still needs to pass in parliament for marriage equality to be successful, regardless of the result of the survey. However, if a YES vote wins, the government has said it will allow its MPs a free vote - that means all members and senators can vote however they like - on a private members’ bill for same-sex marriage. Many government MPs have pledged to follow the result of the postal plebiscite or use it as a guide.

If the NO vote wins, the government will not allow a free vote on a bill for marriage equality and will try to stop a private members’ bill for same-sex marriage going to the Parliament. So it is really important that the YES vote wins!

But most people support marriage equality so YES should win, right?

Australians are used to compulsory, in-person elections. There’s a risk that people will be confused by the process or will simply forget to post their ballot! If we can encourage all marriage equality supporters to vote, love will win and we will win a YES vote!

Follow these two steps to help Australia to get this done and make sure love wins. When love wins, we all win!

For more details or to find out how else you can help support the campaign, visit our partner’s website, the Equality Campaign, here. 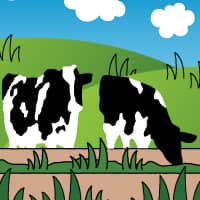 We love ice cream, but we know that dairy has an impact on the environment. That’s why we’re proud to be launching Project Mootopia, our comprehensive plan to reduce greenhouse gas emissions and fight climate change. 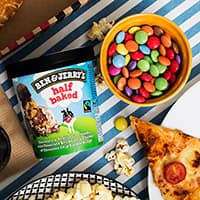 Need a few good reasons to justify getting ice cream delivered? We’ve got 10 seriously real reasons why you should treat yo’ self. 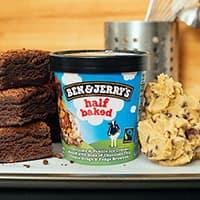 5 Things You Didn't Know About Half Baked!

If you haven't tried Half Baked, then you simply haven't lived! And if you have, then how much do you know about this heroic flavour?!